PEP has been implementing the fishery program from 1987 because it is a great source of protein for the poor communities and profitable while also the implementation is relatively uncomplicated.  Fish are a staple food in Bangladesh and due to the rising population, there is always a high demand and fish produced by the development partners can be sold on the local markets with better returns. There are, furthermore, many fishponds and other suitable areas that are unutilized. PEP has developed this program to mobilize these derelict private lands, mostly ranging in size from one half to one acre.  The owners are motivated to turn over these lands on a free lease to PEP for ten years. Laborers then excavate a fishpond and PEP organizes poor families in the vicinity to cultivate fish in the ponds until the lease expires.

PEP resettles landless development partners on land that PEP purchases or leases. The intention is not only resettlement but also income generation for the poor. There are many inland water bodies which officially belong to the government, but in practice are used by local people–usually the more wealthy and influential families for their private benefit. PEP involves the government and local poor in obtaining this land for permanent resettlement, fishery development, and tree plantation. Community ownership is administered through the organization of “Leadership Groups” in which people practice self-management, distribution of economic resources, and dispute resolution.

Since its inception, PEP has developed 10 resettlement projects. The land, typically low-lying wasteland areas, was either received from the government or was purchased with donor funds.  Five of the projects are located at DIDP and another five at NIDP.  Each resettlement project basically contains two parts.  First, a large part of the obtained land is excavated to make it a good pond for fishery. The second part is developed with tin-roofed houses for the landless families who settle there, schools, mosques or Hindu temples, meeting places, which are usually located on the embankment surrounding the pond. These large ponds quickly become much productive for fisheries and provide good income to support the resettled families.

PEP’s experience has shown that, especially on purchased land, the landless families are able to progress from the lowest level of poverty to self-sufficiency roughly within seven to eight years. The fishery component provides the basis of their economic development, while many supplementary activities, including skill training and employment, micro-finance for other economic activities, and continuing to work as laborers, combine to uplift them. PEP provides technical supports in cultivating and marketing fish and distributes the profit equally among the development partners engaged in fish cultivation.

A total of 131 ponds have been taken on lease for 10 years and utilized by 452 development partners for fish cultivation at DIDP, NIDP, and SIDP. On average, each one of the development partners earned Tk. 2,100 to 2,400 per year during the recent years. Another 541 mini fish ponds were excavated on lands owned by the poor. Fish productivity in the local areas was increased by 5 times and more through training and technical help. A total of 494 families have been resettled at the 10 resettlement projects, of them 311 are in Bogra and 183 in Netrokona. 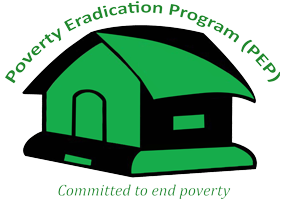